A Brief History of Pegasus Theatre

Pegasus Theatre is a professional not-for-profit theatre that began operations in October 1985 with a fixed performing space in the Deep Ellum district of Dallas, Texas.

Pegasus Theatre produces new and original comedies to inspire and cultivate North Texas artists, and to entertain, enlighten, and engage our community. 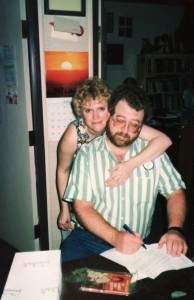 Barbara and Kurt, photo taken just yesterday (so we are told).

The theatre produced an annual season of shows for 17 years in its performing space at 3916 Main Street in Dallas, a total of nearly 100 productions. In December 2002, Pegasus co-produced an Off-Broadway show in New York City, then went “dark” for two years (2003-2004) while its principals (Kurt Kleinmann and Barbara Weinberger) focused on other projects (a tour, a book, a new performing space.) 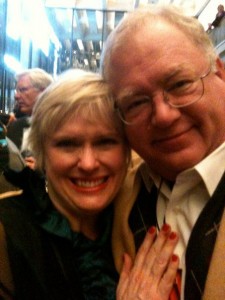 Barbara and Kurt in New York to see Broadway Backwards 5.

In early 2005, Pegasus Theatre began work once again on another North Texas production of one of its signature shows presented in “Living Black & White™.” Mind Over Murder! premiered in January 2006 to packed and appreciative houses at the Eisemann Center in Richardson, Texas. It was a calculated risk to produce in such a large venue, and the positive experience at the Eisemann Center confirmed that North Texas audiences were ready for the return of the Black & White shows.

No overview of Pegasus Theatre is complete without a description of this unique production style, created and perfected by Artistic Director Kurt Kleinmann. Mr. Kleinmann has written a series of plays (21 to date) that are affectionate spoofs of American black-and-white movies of the 1930s and 1940s. The acting as well as all physical production aspects of these shows (lighting, set, costumes, makeup, sound, etc.) are painstakingly designed to recreate the look and feel of an old movie, live on stage. The effect is truly amazing and has garnered the theatre national exposure as well as critical acclaim.